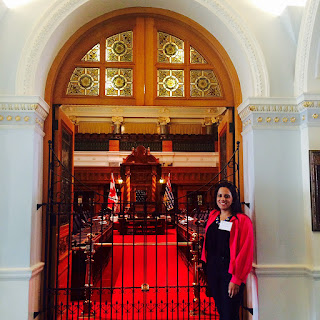 On our first day we arrived in Victoria and had a guided tour of the Parliament Building. That evening we met in our caucus groups to prepare for the next two days which we would spend debating in the Legislative Assembly. Over the weekend we discussed two bills on important topics: Enhanced Aboriginal Consultation & Democratic Reform. Each day we prepared speaking lists and decided who in our party would raise what issues and who would hold the government accountable in
Question Period. 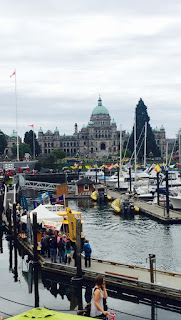 Overall I was amazed by how much I enjoyed this experience. When I applied to the SIFL I thought it would be an interesting program through which I would learn more about politics and meet likeminded individuals.  Before this program I had never seriously considered running for public office, however, after completing this program I can confidently say that this is a career path I can see myself pursuing in the future. Each and every speaker that we had warned us that going into politics is very tough, however, in their own way they all also said that public service was the best thing they had ever done.

Key Takeaways
-Big differences between the role of the government and opposition parties. It is much easier to oppose legislation than to propose
-How hard and frustrating it can be to suggest beneficial and thoughtful amendments that can easily be rejected by the government, especially if they have a majority
-Thinking about how to reform Question Period so that it is more productive
-Many different ways to get involved in politics: municipal, provincial, federal, school boards, etc.
-Join the party that you truly believe in and that shares your values

Highlights
-Our stimulation took place in the real Legislative Assembly of British Columbia
-I had the amazing opportunity to be elected as Deputy Speaker by my colleagues. The Speaker is nonpartisan and is responsible for ruling over the House of Commons and ensuring that decorum and parliamentary procedures are followed
-Speaking in Parliament and participating in Question Period 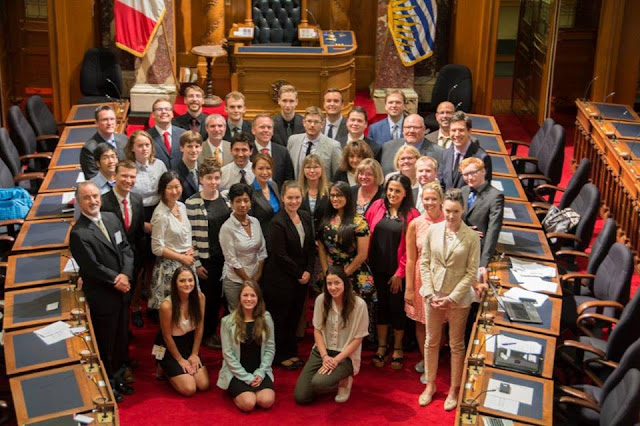